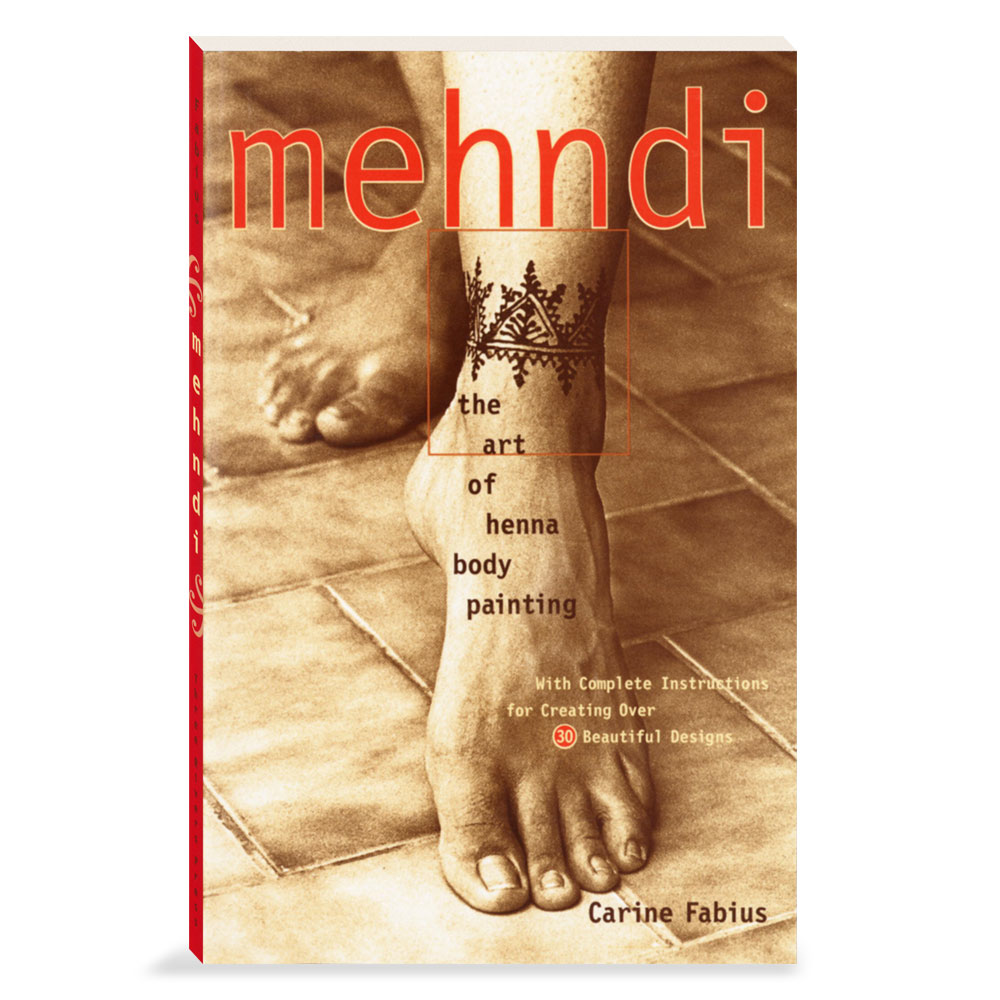 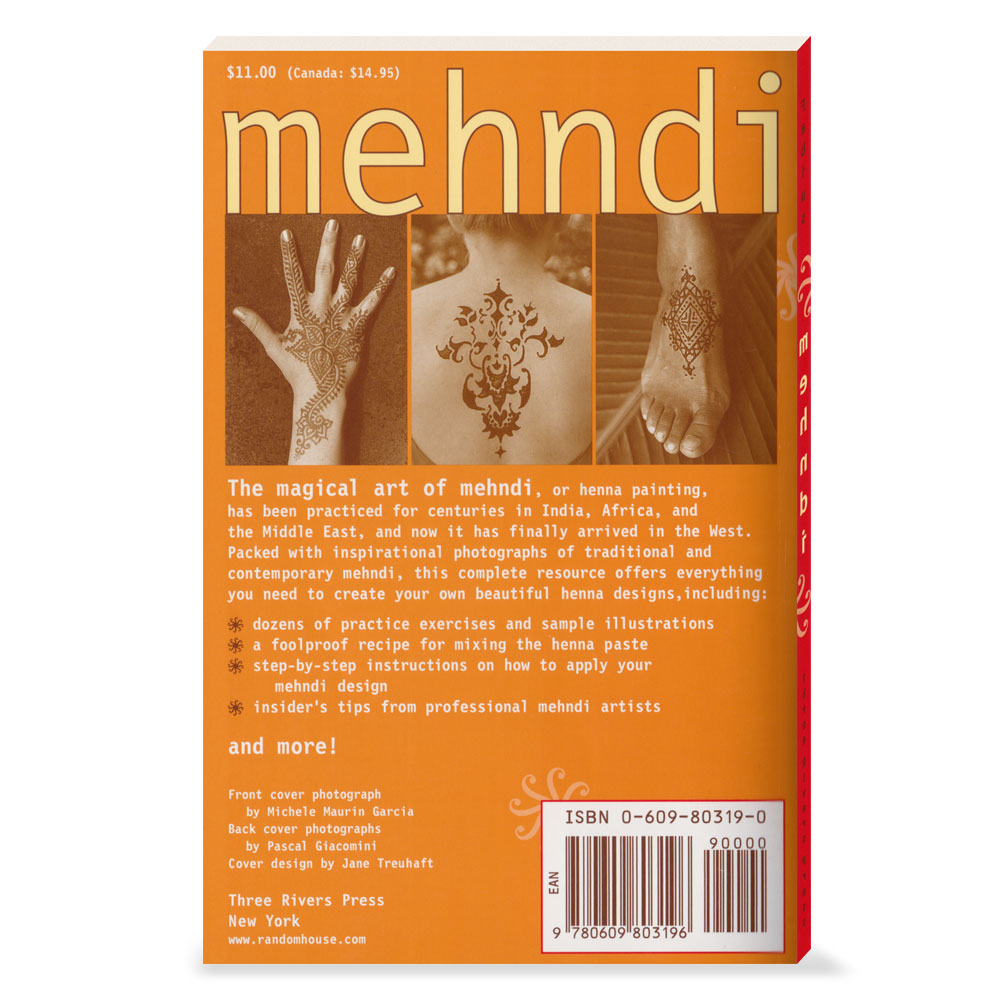 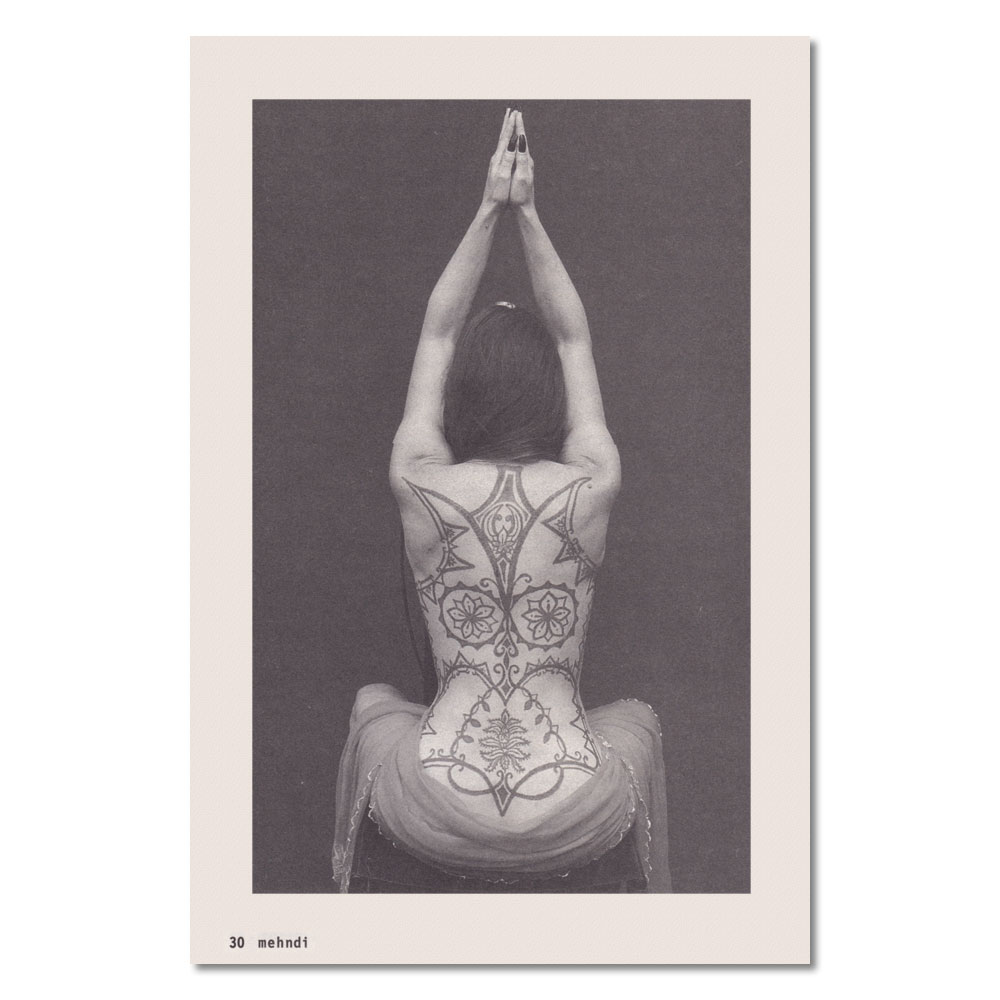 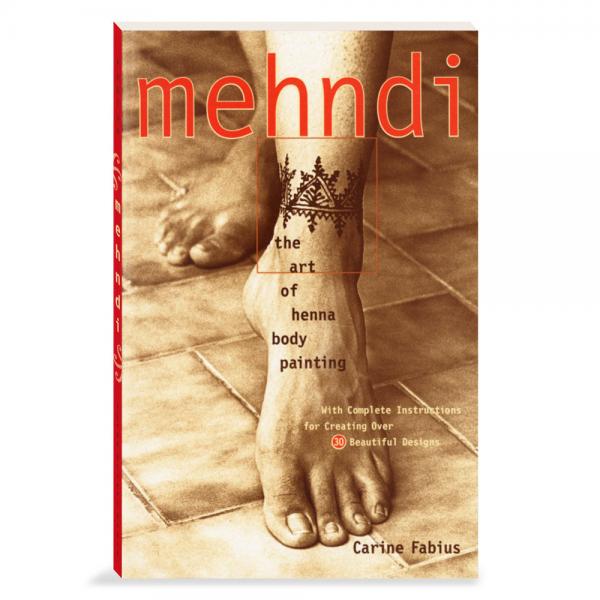 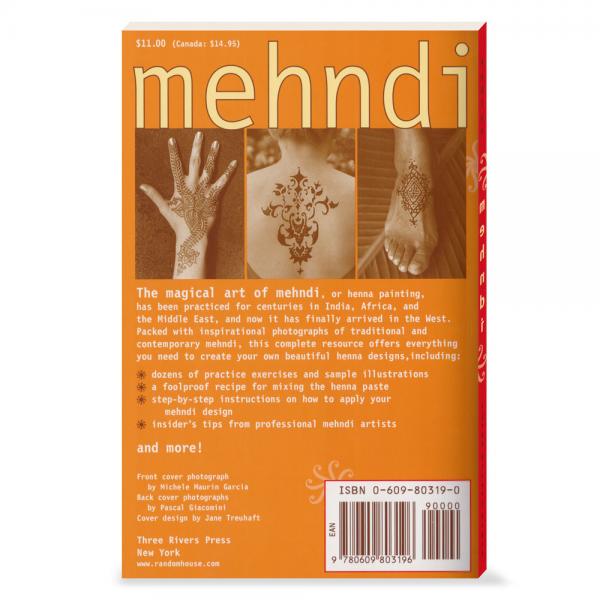 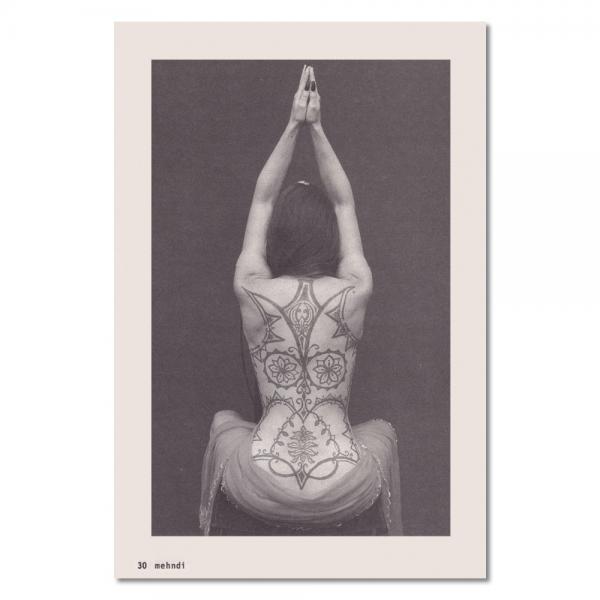 This book has good information for those who want to learn about mehndi. The pictures and illustrations are clear. We haven't tried their version of the recipe (for the paste). I think this is a great book for any level mehndi artist.

A few years ago, I had a dragon painted on my arm in henna, and after seeing this book in a shop, I thought it'd be interesting to learn more about it, and perhaps give it a go myself. I've not given it a go yet, as henna plants are difficult to locate in this small town, but I feel it's given me a fair background to start with. The book begins with a short history lesson on the origin and uses of the plant and artform. Maps, pictures of the plant and practical applications are interspersed throughout the history and cultural lesson. Indeed, the book is profusely illustrated with many wonderous designs all over the body, focusing mainly on the hands and feet, but there are many designs shown on the arms, chest, belly and back, ranging from very simplistic to extremely complex, both modern and traditional designs from various cultures which use henna art religious and celebratory occasions. Easy to follow instructions are given on harvesting and preparing the plant for use in an easy to make recipe for the paste used to dye the skin, as wells as detailed explanations and diagrams for creation of an applicator, though a store-bought one with a metal tip is recommended, especially for finer, more detailed designs. There are even exercises and techniques listed to help you along before you begin, and over 30 designs and symbols (some with short descriptions of their meaning) with instructions on how to proceed to create some of the beautiful designs illustrated, and application and creation techniques. I would have appreciated a more detailed explanation for the symbols and how they're used in the given culture, but the descriptions are short and superficial. At the rear of the book, there are a few studios listed in the States where you can have henna applied, as well as a short bibliography and some design books suggested for reference, as well as an index and short author biography. A well designed book, I love the pictures, as natural henna only comes in a few shades of brown or red, the black and white pictures don't take away much. If you're interested in giving mehndi a go, this book could give you an excellent start.

This is a very nice little book, quite primitive but very sweet in its style and explanation of the process and design. There are some interesting photos of different designs and larger skin applications, and the finished work was quite lovely. My only grievance was that the hand-drawn illustrations and designs are somewhat childish looking and skewed, but then again, I'm more of a perfectionist. In the spirit of free-hand artistic expression, I can overlook that factor. Overall, I did enjoy this book and believe many others would find it interesting as well.

This is a great book, especially for the beginner. It teaches you much about the history and uses of mehndi. It's a very interesting book, for both beginners and people who are somewhat familiar with the practice. Provides you with many different designs and information on both the history of mehndi and the henna herb itself. Not only that but it tells you how to mix henna paste, how to make cones to apply it with, and lots of advice coming from the author's experience. It also has pages of lines and simple drawings to practice to get the feel of applying the tattoos. Over all this is an excellent book, both for refering to and just to read for fun.

So I absolutely love the art of henna painting, and the beautiful designs that one can create with it. I also really enjoy learning about the history of it's use, which is, to my understanding, female centered in nature, which is neat to learn about, especially how it is used in celebration and to mark special life events. Now while I have dabbled in creating my own henna influenced designs in paintings and drawings, I never really knew much about the technique. Well for x-mas I received an Earth Henna Kit, which is a little starter kit. Everything was fine with it only it didn't really include traditional designs. That is the main reason I was looking for a book on mehndi. But this book is sooo much more! It contains many clear pictures of traditional and creative mehndi designs, some history, and details on how to begin your own designs--even if u have never drawn before, this book gives guidance. I also really like the author's style. Who she is comes through in a lovely way. She makes attempting henna design very approachable. A great little book! Highly recommend!

Although I already have the spectacular book Mehndi: The Timeless Art of Henna Painting by Loretta Roome, Carine Fabius' MEHNDI is another must have book. She explains where henna is practiced and where it is not. She gives history of its use and even explains the meanings of many symbols and how they should be used (for those who want to be sensitive to various sacred elements). What I find absolutely WONDERFUL about Ms. Fabius' approach is that she has MORE than 25 pages dedicated to helping one create a myriad of designs. This feature along with professional tips and other great content is what prompts me to give MEHNDI a five star rating. It is very evident this book was not thrown together to make a quick buck. On the contrary, on every page one can get the sense that Ms. Fabius has a passion for Henna, and I thank her for sharing her knowledge

I have just finished this most amazing book! Out of all of the literature about this mystical practice, this book covers EVERYTHING you could possibly want or need to know about Mehndi. I will be using the techniques and patterns enclosed for years to come. Also, purchase and read the other Mehndi book by Loretta Roome - a MUST for Mehndi Specialists!!

I loved the book. It gave you step by step instructions and simple exercises to create your own designs.

I recommend this as a first book for any beginner Mehndi reader. This book allows you to decide how far you want to go with Mehndi. The book is quick and easy to read with the bare minimum of history. There are cautions and tips for beginners and general descriptions of several methods of application and types of henna. After reading this, I'm ready to proceed to more detailed Mehndi books with historical facts and symbolic meanings.

For anyone who has experimented in henna before, this book just re-teaches the basics. It has a very good and helpful section on the history of henna, some things I'd never read before. For anyone who has had little exposure to henna this is a great book to start with. For those who are looking for more complex design ideas, there are more helpful books. Again, the basic helpful tips are a good place to start.

Write your own review for this product